There’s no doubt that the boldest and most personal fashion statement anyone can make is in one’s selection of t-shirt. Personally, I love them. It’s an opportunity to show the world what pop culture I care about, a wonderful flashback to the past and a fantastic way to initiate any nerd discussion.

For this installment of Cool Shirts, I took a look at some of the shirts from Nerd Kung Fu, which might very well have the largest selection of pop culture t-shirts that I’ve ever seen. What’s even more awesome is that their nerdy wares isn’t limited to their shirt collection. They also sell a wide array of posters and a number of geek-centric ephemera including coffee mugs, shot glasses, pint glasses, blankets, wallets, buttons, magnets, playing cards, hoodies and much more.

Their selection of shirts is staggering, with some of their latest releases focusing on some of the most iconic properties in pop culture including Pusheen, Baywatch, Bill and Ted, American Horror Story, Wonder Woman and Star Wars: Rogue One. They also carry shirts in sizes small through 7XL and the site is filled with lots of nerdy trivia on the history of t-shirts!

There is something for virtually any nerdcentric provocation. These are some of my recent favorites:

This mate was a mighty sailor man…at least that’s what it says in the theme. One chartered three hour tour launching from Hawaii aboard the S.S. Minnow hit rough weather and Gilligan and the brave and sure Skipper held the ship together until it set down on the shore of an uncharted desert island.

So begins the legend of Gilligan’s Island, where the courageous Willy Gilligan and Skipper Jonas Grumby and their passengers turned castaways lived together for years until their rescue and eventual return to the island to host a  basketball game between robots and the Harlem Globetrotters. 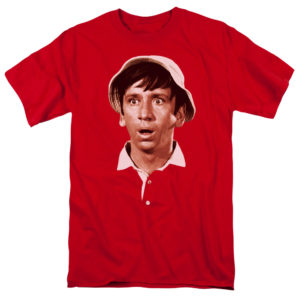 This shirt makes me nostalgic for the Sesame Street that I grew up on; before Elmo, even before Snuffleupagus.

I’m taking about the days when Roosevelt Franklin, Prairie Dawn and Guy Smiley were familiar faces around Mr. Hooper’s store. 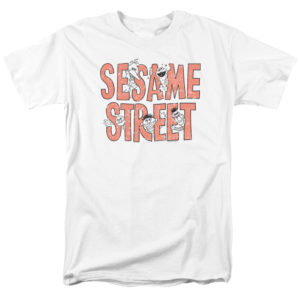 “Knight Rider. A shadowy flight into the dangerous world of a man who does not exist. Michael Knight: a young loner on a crusade to champion the cause of the innocent, the helpless, the powerless, in a world of criminals who operate above the law.”

In other words, an amazing tv show featuring David Hasselhoff and William Daniels as the voice of K.I.T.T.. a talking car, who together fight the forces of evil. 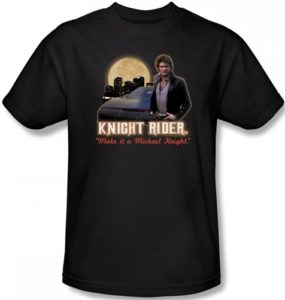 In keeping with the retro Sesame Street theme, this shirt features photographs of some of the original icons, substituting Big Bird for Oscar The Grouch.

This awesome shirt is yet another example of some of Nerd Kung Fu’s amazing selection.

I’ve loved Sesame Street for well over forty years and there’s no reason to stop. 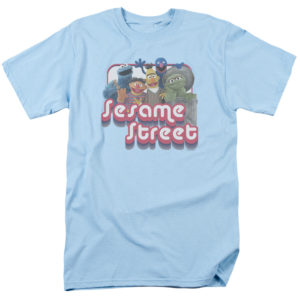 610 82
View Open
The coolest shirt ever by snarkfish. Check it out.

748 3
View Open
In brightest day, in blackest night, no evil shall

367 2
View Open
Any other Archer fans here? I love anything with H

Good graphics quality. Shrinks a bit upon washing, so buy one size UP from your usual, just to be safe.

The shirt came immediately and it was better than I thought. The color in the picture worries me a little, but it turned out to be beautiful. It didn’t shrink when I washed it. It is so soft on the inside. I love it.

I got this shirt for my partner and he wore it the next day. Fit him perfectly. The quality is very nice, which is always good especially when the price isn’t high at all. Didn’t look faded. The picture on the shirt doesn’t look all cheap either. He’s washed it once so far and it hasn’t peeled off or flaked. Overall, I would purchase again.

I got this shirt for my partner and he wore it the next day. Fit him perfectly. The quality is very nice, which is always good especially when the price isn’t high at all. Didn’t look faded. The picture on the shirt doesn’t look all cheap eithe

Purchase
Shirt arrived on time and in great condition. My daughter loved it! I would definitely order it again.

This product is funny but the shirt is not well made. It is a cheaper quality t-shirt and shrinks when washed.